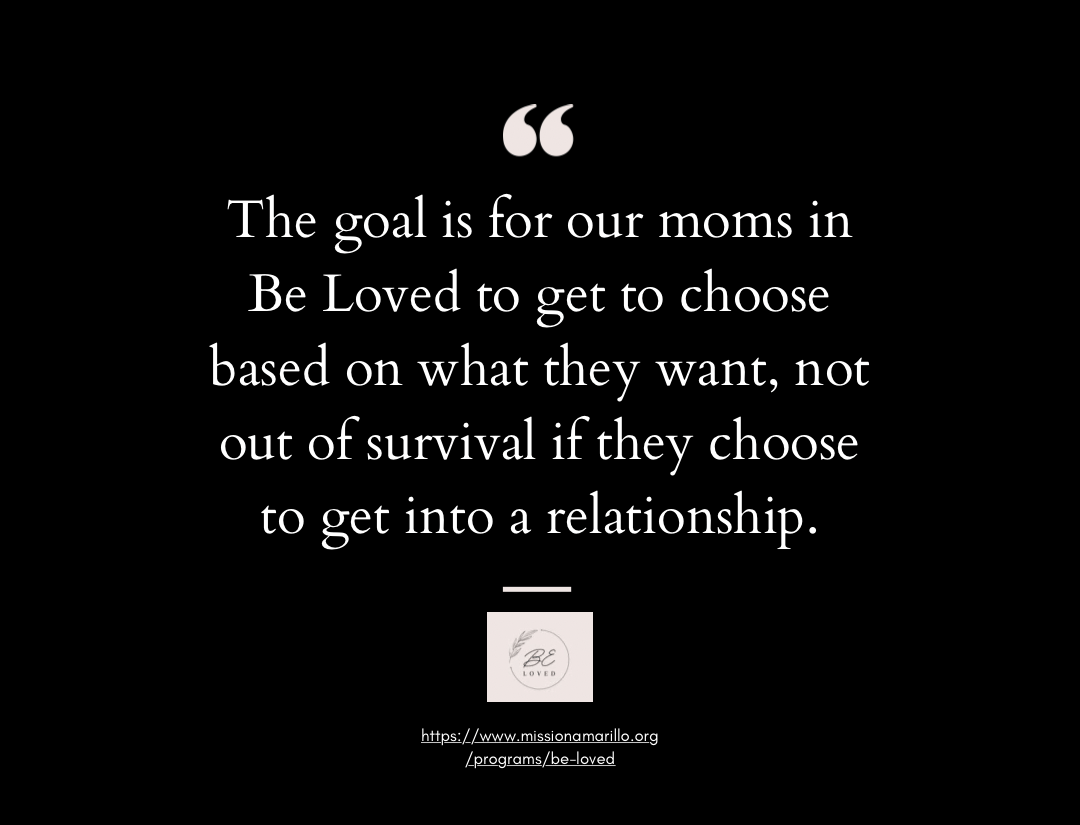 Growing up I was told many statements from the women who raised me. One I heard my mother and grandmother say often was “You don’t need a man”. I never got an explanation as to why, but it shaped my belief system as a young woman that I’m still working through. While those words were preached to me like another Gospel, they weren’t lived out. I remember seeing my mother with a man, always. As a result, her kids were affected by the character of the men that were in her life. Some positive, and some negative.

In Be Loved, we have many moms who have experienced the same dilemma and they along with their children are suffering as a result. They are repeating generational patterns. Living out their worst nightmare as a child, but now the woman. Women are prone to look for protection and provision from a male figure of some sort. When a man is a safe and healthy individual, that isn’t a problem. When it becomes a problem is when that man has little or no character. As a result, many moms end up at the mercy of an immature young man and end up in a situation of homelessness, drug use, domestic violence, etc. This puts the children and mothers at risk for CPS getting involved, neglect, abuse, and possible trafficking. Through mentorship, our moms in Be-loved have another woman outside of their “circle of influence” who is able to offer perspective, advice, and in many cases model what a healthy relationship looks like in committed marriage. We have mentors who have told their mentees they’re not in a place to be in a relationship. We’ve also had some who have told their mentees to enter into a relationship because it’s a respectable young man who is pursuing a life to provide and care for her and a baby that may or may not be his.

If our moms choose to be in a relationship the goal for them in Be Loved is to get to choose based on what they want, not out of survival. We want our moms to know they have value and worth, and the right man will treat them and their children as such. We have several single moms in Be Loved, because they refuse to settle for less. On the flip side, we have some who insist on being with a man no matter what his character is or how he has treated them. Why would a woman do that? Many women look for protection and provision in a man, and don’t realize it. In Be Loved we take our moms on a path to pursue financial independence, and teach them about their self-worth with hope that they’ll believe the truth about what God says about them. If women can find their worth and value in their Creator, they’re less likely to settle for a man who doesn’t see them with the same eyes Christ does. If our moms can reach a place independent of government systems, or funding from anyone else other than themselves—they’ll have the dignity that comes with providing for their family. They’ll feel the safety and security that comes alongside of working and not be stuck fully dependent on the man they’ve settled for to pay for them and their child to be able to survive. This in turn, will lead to less compromising when it comes to the environment for them and their child to grow up in, which will lead to what we hope to be a healthy, stable home environment.

If you'd like to know more about Be-Loved, want to become a mentor, or just want to know how to help, go to the link below and fill out the appropriate form. 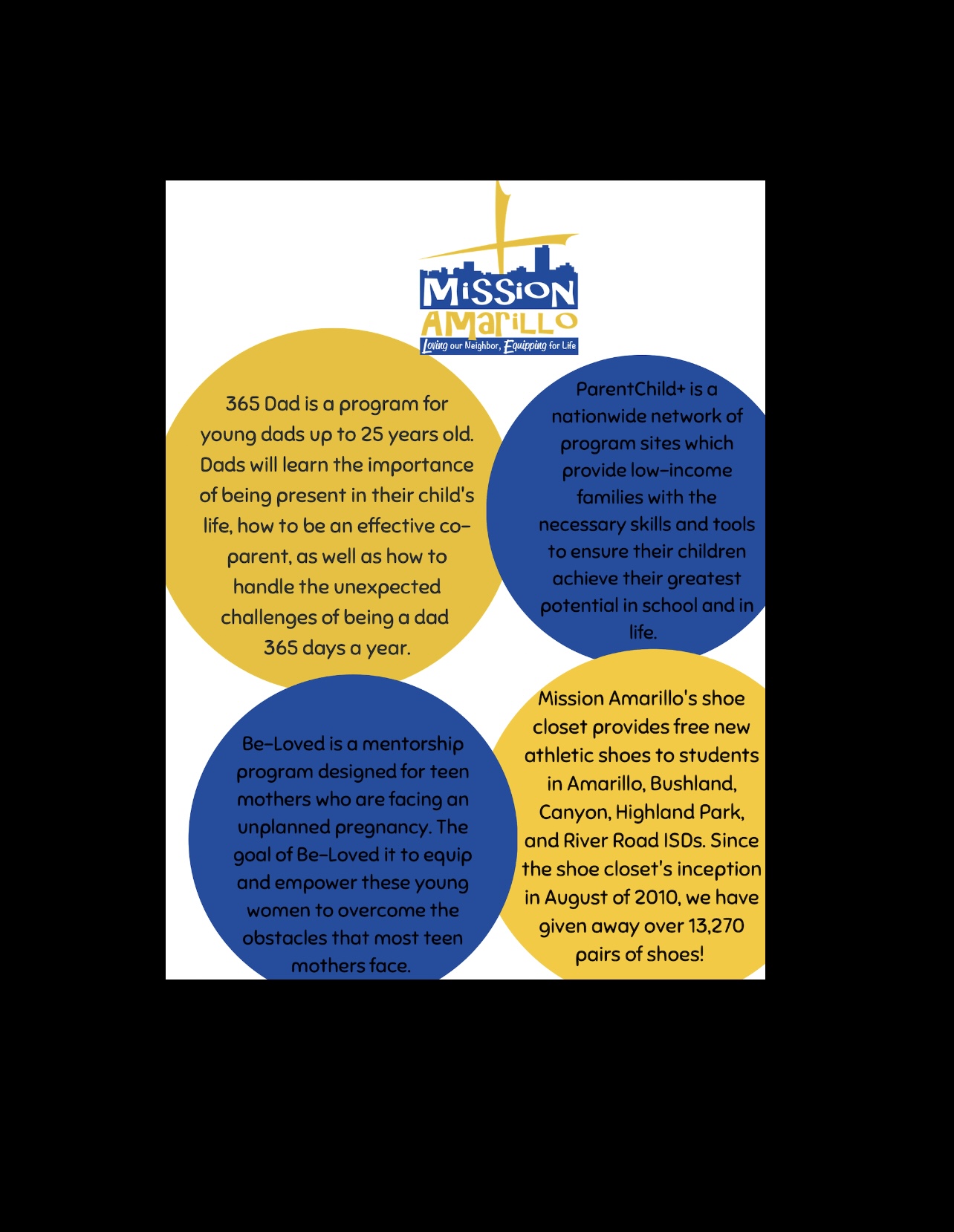 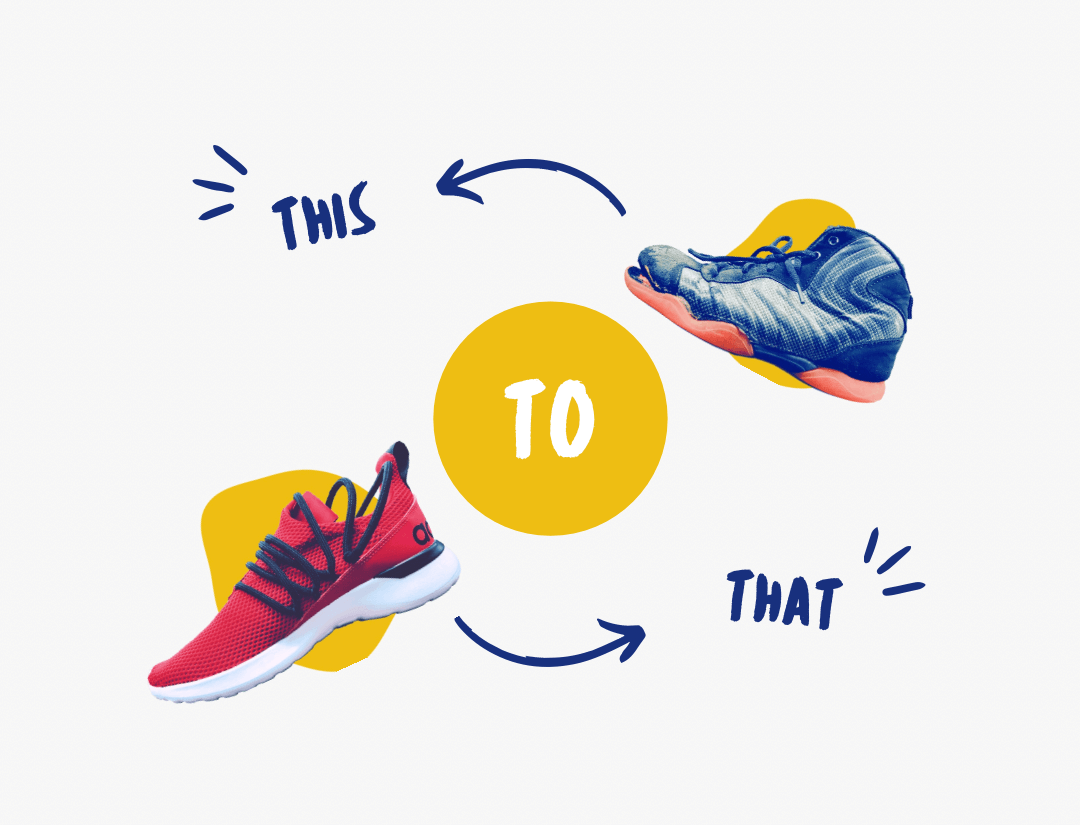 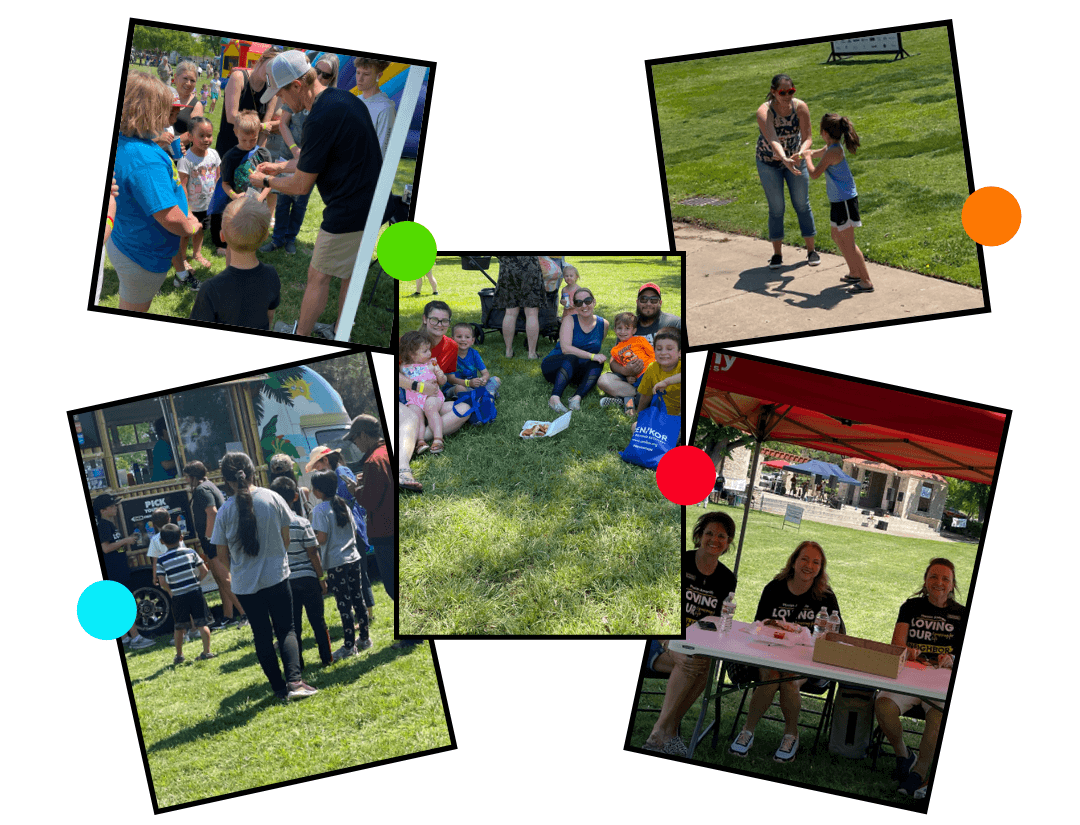 May 20, 2022
Thank You for an Incredible Time at FamFest
2
minutes
Read this

Get notified of new blog posts.

Thank you! You've been signed up!
Oops! Something went wrong, refresh or try again.